Renovating in a Boston Historic District? Guidelines You Need to Know 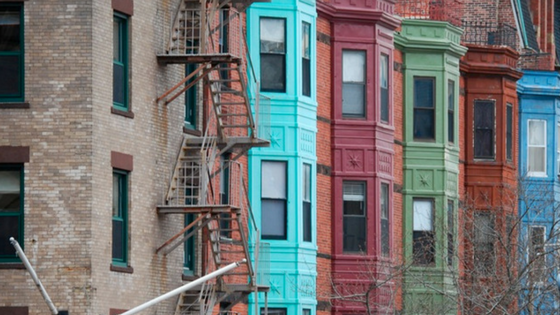 Part of Boston’s charm is its vast array of historically significant buildings. After all, when your city is one of the oldest in the country, you’ve got a lot of homes from many different eras in the mix. Unlike some other big cities we could name, Boston has always put a premium on historic preservation, which is why you can still see the Old State House nestled among the skyscrapers and very modern buildings of Government Center. It’s that mix that makes us special.

It’s also that mix that sometimes makes homeowners and contractors want to tear their hair out when they’re ready to renovate one of those older buildings. In order to keep old stuff looking historically accurate, there are a lot of regulations regarding proposed changes to certain buildings — including private residences. Here’s what you need to know before you take a hammer to those old clapboards or try to replace your draft windows with modern models.

Are You in a Historic District?

If you live in a building that’s been “landmarked” — that is, designated as an official historic landmark in the city — you have to get approval before making any changes to the exterior. These include replacing windows or changing porches, decks, awnings, etc. Interior changes are fine, unless the interior of your building has also been landmarked, in which case you’ll need to get approval for that as well. Keep in mind that some changes that are mostly on the inside can also affect the facade of your building; for example, a new air conditioning system.

There are also several official Historic Districts in Boston:

Each of these districts has its own rules about renovations. It’s always best to check the guidelines for your area before doing any work so you plan your project according to the architectural guidelines laid out for each neighborhood.

Fortunately, there’s a single, standard application for renovations to any official landmark in Boston. Complete the form and submit it to the city along with drawings of your proposed design and color photos of your property as it looks today. There’s also an application fee that varies based on how complex the proposed renovation is.

From there, the city will review your application and place your project on the public hearing list. These are held once per month, but the schedule varies depending on your Historic District. Your application must be received at least 15 days prior to your hearing date, so depending on the cut-off, you might have to wait until the following month. Once the committee votes, you’ll get a Certificate of Design Approval — or they’ll work with you to revise your design so you can try again at the next month’s hearing.

Historic Buildings Outside of Boston

Live in Cambridge, Somerville or Brookline? You’re not off the hook. Each of these communities has its own historic districts with their own rules, too. If your house was built more than 50 years ago, it’s best to check with your local boards before you do any work that can be seen from the outside. These websites will help you get started:

If you live farther out in Metro West or the North or South Shore, check your city or town’s website for more details on exactly what the process is like in your neighborhood. Massachusetts is one of the oldest settled areas of the country, and there’s a lot to protect. Give yourself plenty of time to learn the rules and plan accordingly, and your next project should go smoothly.