Harnessing the Power of Community for Your Boston Development Project 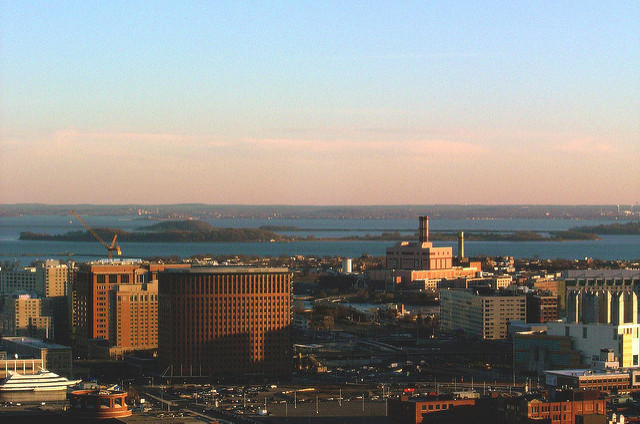 It’s hard to miss the old Boston Edison building in Southie — you can see its twin painted smokestacks from just about anywhere in the neighborhood, and the pink behemoth has been part of the landscape here since coming online as a power plant in 1892. It’s located in a prime location on the waterfront and near the Summer Street bridge to the Seaport — an already up-and-coming area filled with new hotels and business that have sprung up around the BCEC. With environmental cleanup finally complete, the site was ready for a new lease on life.

Enter Redgate and Hilco Redevelopment Partners, which spent over $24 million for the site, and a group of opinionated Southie residents (is there any other kind?). The developers sought out community input for over two months — a rarity this early in the development stage. Hundreds of residents and community leaders had their say, suggesting ways to maintain the character of the neighborhood, add open space and even incorporate a community arts center.

The end result? A plan for a vibrant “live/work/play” development that cleans up environmental hazards, reuses the most historical aspects of the old power plant, creates open space, adds retail and supports the needs of local artists. In a neighborhood like Southie that has resisted gentrification and seeks to maintain its sense of pride in “old Boston,” such input was critical in getting the project off the ground.

Is Community Involvement the Next Big Trend in Boston Development Planning?

Though it remains to be seen how Southie residents feel about the Boston Edison project as it continues over the next 10 to 15 years, there’s a strong sense that the development is off to a good start. Anyone who’s jumped through the planning hoops at City Hall knows there a lot of constituencies to please, and the Boston Edison project could serve as a strong new model for working with a community instead of just building on top of it. Boston has a long history of restrictive zoning that can sometimes lead to a “pay to play” attitude among builders looking for abutters to agree to new projects. That’s not a sustainable business model if you don’t have bottomless coffers, so gaining grassroots support from the get-go makes financial sense.

It’s also the right thing to do. No developer worth his salt really wants to dump an unwanted building in the middle of a neighborhood of outraged residents, so finding out what your community wants and truly needs is a way to make your project better. It requires flexibility and an open mind, but a collaborative planning process just might be the wave of the future for New England developers.