The Boston Shadow Law: What Changes Mean for Developers 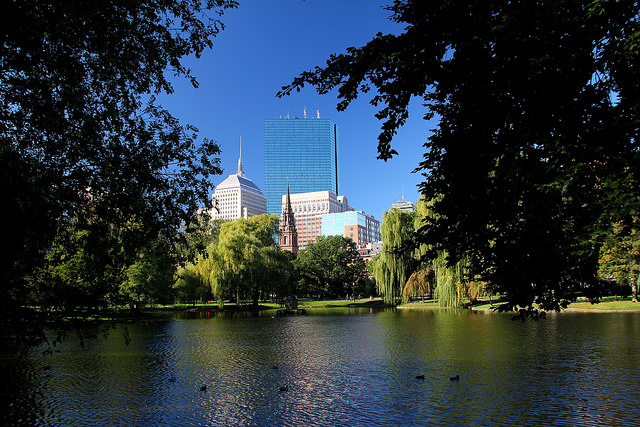 When you live in a city as old as Boston (established in 1630, thank you very much), there’s bound to be a bunch of old laws on the books that don’t make much sense to modern people. The Puritans who founded Boston were well known for their view about fun — no singing or dancing, for starters — and there are loads of blue laws on the books that remind us of their legacy. Ever try to grab a Dunkin’s coffee on Thanksgiving morning? Those are blue laws at work keeping everything closed on Thanksgiving Day.

While most outdated blue laws are ignored, there are some unique-to-Boston regulations that are still enforced.

The Shadow Law is actually a state law from the 1990s that limits the amount of shadows that can fall across Boston Common and the Public Garden during the day. It’s up to the city to follow the law by approving construction up to a certain point. They have a “bank” of shadow time to divide among all future development, but once the hours of time in the shade are used up, that’s the end of any new development that could cast a shadow on the Common.

Though the Winthrop Square neighborhood is several blocks away from the Common, the proposed 775-foot tower would be tall enough to throw some shade into the park. Millennium Partners, the developer behind the proposal, has offered the city $153 million to sweeten the deal, so Mayor Marty Walsh is seeking a home rule exemption with the state to alter the Shadow Law. He plans to use the money to improve city parks and public housing, arguing that’s it’s simply too good a deal to walk away from — especially since the shadows last for less than an hour and are gone by mid-morning.

Not everyone is convinced. Parks advocates are concerned that the proposed one-time exception will set a precedent for eroding regulations meant to protect open space in across the city. Former Governor Michael Dukakis is a strong opponent, as is Councilor Tito Jackson, who’s running against Walsh for mayor in the fall. This promises to be a major political fight, and the issue has to go to the State House for approval as well.

What the Shadow Law Question Means for Developers

On the surface, it appears that this fight over a one-time change in the Shadow Law affects only the Winthrop Square project, especially since Mayor Walsh is planning to give away further “shadow bank” rights elsewhere in the city in exchange for the big payout on this project. Still, local green space advocates are worried, and they have a point. If elected officials are willing to make an exception in exchange for cash, it sets a precedent that might allow builders and developers to get creative about other proposals that face regulatory challenges. If you have the cash — or some other valuable return for local government — you might be able to encourage some cooperation and creative deal-making in the future if this goes through. Things are unsettled at the moment, but this is a story that developers should be watching closely as it continues to unfold.