What Developers Need to Know About Partnering with Mass Housing 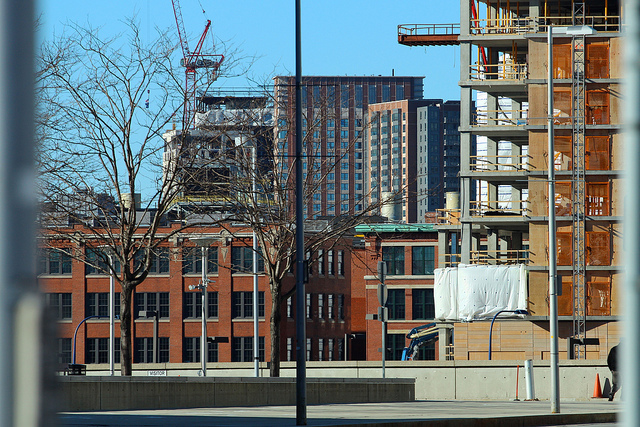 With a record of providing more than $20 million in financing for affordable housing initiatives since its founding in 1966, Mass Housing is looking forward to continuing those efforts in the new year, but with at least one new face. Cynthia Lacasse joined the independent “quasi-public” company in October as director of Rental Business Development. Her task is to strengthen relationships with owners and developers and to assure that loans are processed effectively through the application, underwriting and closing processes.

It’s all with an eye toward assuring that thousands of additional affordable housing units will be built in Boston in the next five years, something that government officials, developers and the public agree is needed in a city that is experiencing rapidly rising prices along with unprecedented growth, particularly in desirable close-in neighborhoods. The continuing fear is that an increasing number of local residents will be priced out of the real estate market. It’s not only the younger generation that’s feeling the pinch, and it’s not only buyers. Retirees, single Millennials and younger families also are affected, and renters are affected by high prices in the same way as potential owners.

Boston is not alone in its concern. But the city has fostered some unique ways to approach affordable housing, and there is a sense that municipal-public-private partnerships can find solutions. Mass Housing is one of the bright spots, and its reach is statewide. Because of its partnerships, vast numbers of both market-rate and affordable housing units have been built new, redeveloped and adapted in Boston. Redevelopment efforts to preserve affordability in South Boston is just one example of the success of the program and it constitutes a model of cooperative effort.

Unfortunately, although Boston’s commitment to affordable housing is a matter of policy, recent numbers seem to belie the effect. The Boston Redevelopment Authority (BRA) has instituted streamlined procedures as well as a comprehensive overview of the city’s future, in order to speed up the approval process.  Newer guidelines for mixed-use developments seem to point the way to more innovative solutions. That’s good news for all concerned.

While it’s easy to believe that affordability is a concern only for home buyers and renters, it is an equally thorny problem for the developers and builders who must show a decent bottom line percentage, with the goal of building long-term profitability. Because Mass Housing works with developers to ease and simplify the financing process and to keep rates low, it is instrumental in this regard.

Looking to the Future

Mass Housing has a decades-long track record of success and is viewed as a viable resource by government and the private sector alike. It is does not rely on tax funding, and it is not subject to fiscal or legislative variances. Its diverse programs fund pre-development activities, housing for special needs, new construction and redevelopment projects, and a multitude of other pace-setting ideas.

If, as a development or building professional in the Boston area, you aren’t familiar with the work of Mass Housing, be sure to investigate some of their past projects and current offerings.

At New England Building Supply, we believe that the way forward is to consider all possibilities. We also believe that all of us who are connected with the building trades are concerned about Boston’s growth and development. Let’s work together to assure that a mix of housing — rental units, restored historic homes, new condominiums and ongoing redevelopment efforts — is an achievable goal, with affordable homes and apartments a vital part of the mix.

We support all current efforts that move in that direction.