What is Ahead for Boston Building Development in 2017 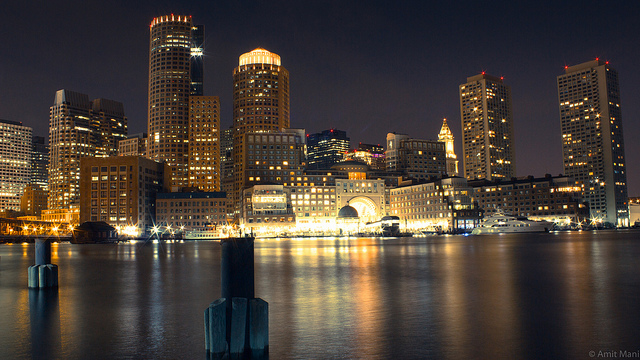 We’ve talked a lot this year about how the skyline of Boston is changing. The building boom has brought new life to the city, changed the character of our communities, prompted much discussion about the balance between commercial and residential development and spurred concerns about affordable housing.

It’s a balancing act, to be sure, for city planners and for developers. And now that we’re turning the last calendar pages of this busy year, it’s only natural to wonder what 2017 will bring.

In the commercial sector, Boston continues to grow up, with several new towers scheduled to change the face of Boston by 2020, including the recently announced Winthrop Square Tower, slated to be the tallest primarily residential building north of New York City. Others include the recently-completed Millennium Tower, the Four Seasons Hotel and Condo Tower at One Dalton Street which should be complete next year, and the planned South Street Tower, expected to start mid-year.

However, new figures show that the number of building permits issued in 2016 will be down approximately 18 percent from 2015. Some people are worried. Most experts agree that Boston’s housing shortage must be addressed, and if construction cannot keep pace with demand, the concern is that already high prices will escalate even further. Affordable housing incentives continue to encourage innovative mixed-use development, and funding initiatives are in place, but the long-term prognosis is unclear.

Perhaps 2017 will demonstrate the success of newer mixed-use developments. A new 24-7 lifestyle emerging in downtown neighborhoods lends credence to the notion that Boston’s downtown is a great place to live as well as work. Downtown Crossing, anchored by Millennium Tower, is an example of a “neighborhood” being born in the heart of the city; Seaport Square is another area that bears watching. And Kendall Square in Cambridge, although it boasts a somewhat different vibe, is another neighborhood that exhibits new spirit, great restaurants, and much promise.

If you survey current building in the South End, Dorchester and the West End, it is difficult to believe that there has been any sort of slowdown. In fact, the sheer volume of new apartments and condominium projects, not to mention retail, restaurants, parks and street-level improvements, as well as new transportation solutions, is impressive.

Boston development is not only changing the face of the city, but in many ways is altering the focus of the city. A new emphasis on the environment, energy efficiency and sustainability has secured Boston’s position as a progressive and innovative urban center. Waterfront cleanup, public transportation and overall quality of life pay dividends in terms of desirability.

GE’s decision to move its corporate headquarters to the waterfront was prompted in part by those “cultural” factors, in addition to tax incentives and the availability of an educated work force.

The urban lifestyle exemplified in Boston is an intriguing trend, according to a multi-family housing report published last year by “Building Design+Construction.” The article points to a new demand for urban housing, and also notes that “affordable luxury” tops the list of wants for modern urban dwellers who prefer renting to owning. The prediction is that smaller apartments in buildings filled with amenities will become the norm, and that technology and green features will gain favor, impacting both building design and individual choices, including “green leases.”

The Future is Now

In Boston, we have already seen these trends taking shape, so it’s not hard to become believers!

At NEBS, with a location in the heart of Boston and a commitment to serve the builders and developers, the architects and designers of our community as well as its residents and local businesses, we keep a finger on the pulse of Boston building development and an eye on the future.