Charting a Course to Boston’s Future: Learning to Work with the Boston Redevelopment Authority 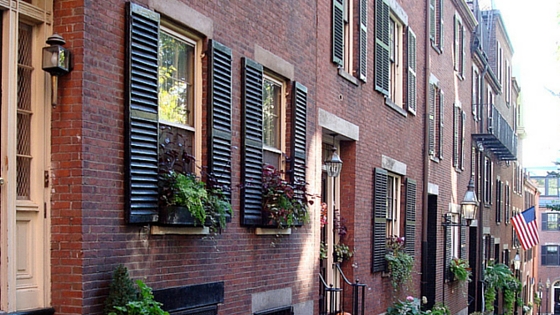 Every old city needs a breath of fresh air once in a while. When you think about it, even Paris might seem a bit dull today without the glass pyramid at the Louvre!

In this country, Santa Fe, known for its narrow, twisting streets, turquoise doors, chili ristras and adobe buildings, has some attention-getting modern interpretations of warehouse style and Western chic. New York’s venerable older skyscrapers stand shoulder to shoulder with modern architecture and art, and Boston’s brownstones may soon mingle dramatically with the Pru and the striking asymmetric glass walls of refurbished and transformed Back Bay Station.

But we all know that those changes haven’t always come easily to those cities, just as we realize that the current record-setting pace of building and renovation in our city isn’t always popular with all segments of the population.

The new face of Boston may take some getting used to, but change comes to every city, and the best cities approach growth and development with an orderly plan that both honors the past and points toward a dynamic future.

Working with the Boston Redevelopment Authority

We think that responsible and fairly administered oversight is valuable and necessary if Boston is to move easily into its future. And that oversight and regulation does not always come easily or run smoothly.

It’s probably natural that residents chafe occasionally at the standards set by governing authorities. In the same way, developers and builders are frustrated by the layers of bureaucracy that must be navigated to secure a permit or to pass historical design review guidelines.

Even though Boston’s regulatory agency to oversee growth and development was envisioned more than 50 years ago, and merged with the city’s Economic Development and Industrial Corporation in 1993, it was only this spring, under Mayor Martin Walsh that the Boston, Redevelopment Authority (BRA) was redefined and reorganized with a newly-stated mission to help shape the future as “a more prosperous, resilient and vibrant city for all.“

The goal may not be immediately evident, but the redefined agency is headed in the right direction.

Everyone involved in any way with construction and development is affected by the work of the BRA, and cognizant of the effects of ongoing decisions. BRA planners are newly committed to working with neighborhoods, institutions, developers, policy makers and ordinary citizens; we are encouraged by the newly-formulated goals and procedures.

Despite some previous contentious decisions, and more than two years of discussions regarding the best way to proceed, we can only view the current direction as a positive change, and we at NEBS anticipate a more cooperative spirit and continued progress.

Especially in Downtown Boston, working with the BRA will be a vital component of retaining the city’s character and respecting its past. With our rich architectural heritage, wealth of historical sites, and expanding opportunities to meld future promise with previous appeal, we believe that working together is the way to proceed.

The resurgence of building activity is exciting. NEBS is right in the middle of that activity, both literally and figuratively, with our downtown location and our expertise in the field.

The diversity of downtown Boston is one of its strengths. With myriad retail, dining, arts and historic destinations, and with a daily business population of more than 200,000 it should be no surprise that downtown should also be a desirable place to live. Witnessing the current climate of change just reinforces our opinion that this city will emerge stronger and more exciting. And we’re here to help build it!