The Circular Economy and Its Impact on Construction 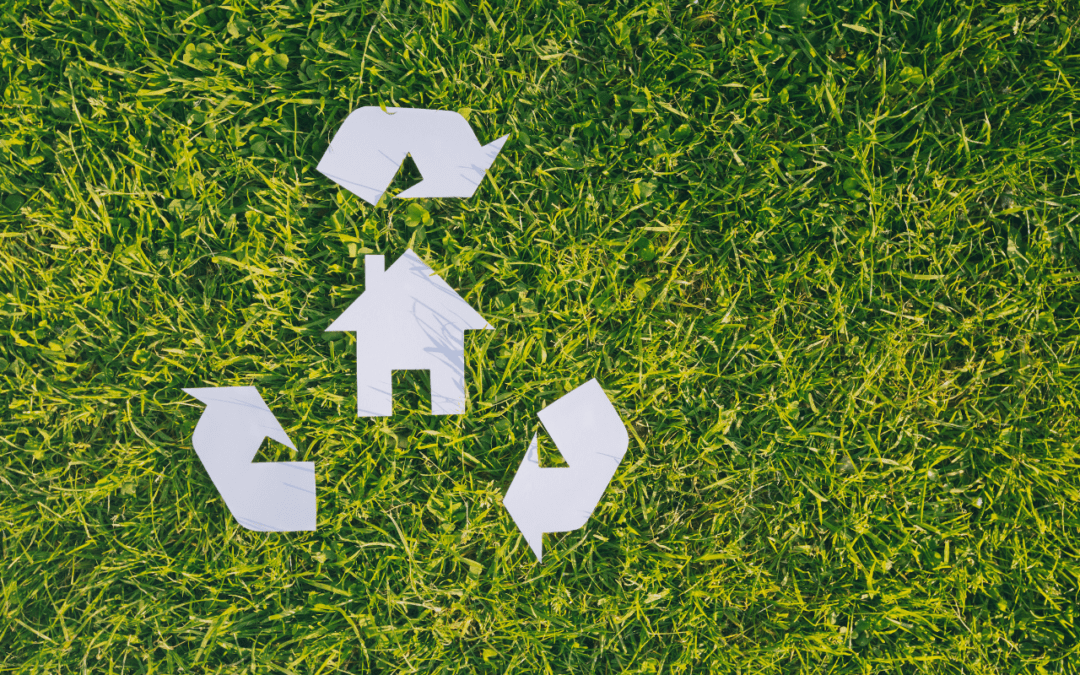 What is a Circular Economy?

A circular economy is sometimes referred to as a “cradle-to-cradle” economy. In construction, the circular economy focuses on reusing and recycling. The entire goal is to reduce consumption and the impact on the environment—a growing concern for many since the construction industry, and the demolition associated with it, produce between a third and to half of all waste in the developed world. In essence, it’s an economy that reuses and recycles as many building materials as possible rather than throwing away used materials and producing new. Manufacturers in a circular economy rely on all kinds of reusable materials as building supplies—recycled glass and rubber from tires, cork, paper cellulose and even things like straw and adobe, which can be reused. Modular building materials are also gaining traction as part of a circular economic model, with builders able to take apart buildings and use the modular pieces to create new.
This stands in opposition to the traditional construction market, which is largely linear. In a linear economy, materials are produced, used in construction, then demolished and discarded at the end of their lifespan.

What Does a Circular Economy Mean for the Future of Construction?

End users—that is, property managers, homebuyers and so forth—are growing ever more environmentally aware, looking for materials that are both eco-friendly and high quality. Since recycling is a big part of eco-friendliness, experts believe that the circular economy will be a growing trend over the next few years. In fact, researchers conducting polls among industry leaders and experts discovered that 85% of those who responded see the circular economy as gaining traction already, and they believe that it will become even more important in the next two years. According to this research, the building materials industry will be among the top industries expected to adopt these practices, which means that builders will be expected to follow suit by sourcing reusable and recycled materials for their projects.

Reusing and recycling is only part of the process in a circular economy, however. A big part of the focus is on maintaining and refurbishing materials while they’re in use as a way to increase their useable lifespan to the fullest. Builders are already starting to see this trend manifest in the demand for high-quality materials that will last longer than more conventional materials. The other part to this is that people in the construction industry can expect an increased demand for workers to maintain buildings, and the demand for remodelers to refurbish homes and other buildings is likely to rise, too.

Will a Circular Economy Increase Construction Costs or Lower Them?

As with any major transition, experts agree that there will be challenges in transitioning to a circular economy. One of the biggest forecasted challenges are the costs involved. Builders, for instance, may be faced with increased labor costs as they search for ways to disassemble existing construction so that materials can be properly recycled or repurposed. On the manufacturing side of things, manufacturers will be tasked with finding cost-effective ways to remanufacture materials.

At the same time, there is a counterargument to the idea that costs could go up. Many experts believe that a circular economy could actually spark a real estate boom.

In fact, there are already examples of new suppliers popping up that prove the opposite could be true. One example is a company called Globechain. This is a business based entirely around circular economic principles. The idea, for Globechain, is to serve as a marketplace that sells discounted materials that were either not used during the construction process, or reusable materials that were salvaged during the demolition process. This is one low-cost alternative to purchasing new building materials, and it is likely that as the construction economy trends toward a circular one, more companies like this will crop up as existing suppliers strive to offer similar services at a competitive price.

Across the construction industry, people are already starting to see the adoption of circular economic principles. As a builder, there are lots of things you can do to ensure your business stays atop this trend.

A big part of circular economic practice is sourcing materials. That is, finding suppliers who rely on reused and recycled products as well as using modular building materials that can be disassembled for recycling at the end of their useful lifespan.

Waste reduction is another big part of the process. This includes not only reducing building site waste—producing less scrap as the building is under construction—but creating buildings that will produce less wasted material at the end of their use cycle.

Some experts actually suggest that builders and materials manufacturers think in terms of Legos, believe it or not. The idea is to use modular building materials as much as possible so that as the end of a building’s lifespan approaches, pieces can be taken apart and reused or salvaged similar to how one might take apart Lego bricks to build something new. The more pieces that can be reused, the less wastage you will have, which is in line with the principles of a circular economy. There are already some examples of this Lego-like construction method, too. In the UK, for instance, ZedPods is a company that produces eco-friendly homes built of modular pieces.

A Circular Economy in Boston?

Already in the Boston area, there is a shift in thinking toward a circular economic approach, largely championed by Boston’s city government. This is part of Boston’s Zero Waste Initiative, which aims to turn the city into one that produces no waste at all. To learn more about it, you can click here.

Of course, there are always trends to look out for in the construction industry. Eco-friendliness and sustainability have been a focus among builders and suppliers for a long time now as the demand grows for a reduced impact on the environment. A circular economy that relies on as little waste as possible seems the next logical step in the process, and that means that this is a trend you’ll need to stay on top of in the coming years!