Find Out Now, Is a Housing Bubble on the Horizon for Boston? 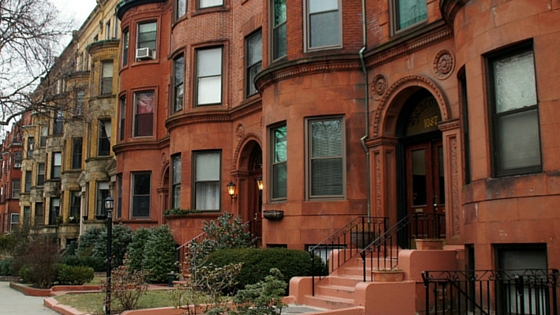 Boston has certainly seen its share of change during its existence, and the city that is known for its Freedom Trail is equally as well known for the Pru and the Hancock.

The face of the city is changing, and that has led to some furrowed brows. In just a little over a decade, the city spawned almost $3.7 billion in capital development. Redevelopment and mixed-use projects currently underway in 2016 are valued at almost $800 million. By any measuring stick, what is happening is unprecedented; housing demand is only growing, and vacancy rates are extremely low.

Where Does It Lead?

No one will deny that current development is overdue as a response to the past 20 years of population growth. After some stagnant years, the new vibrancy in Boston’s core is palpable. But the question remains: Will it last? Because much of the new building and scores of redevelopment projects will produce higher-priced housing units, is a localized housing bubble on the horizon? Is the current growth sustainable?

The need for new housing is not in question. The fact that developers have responded is laudable. There’s an appeal to living close to downtown in a world-class city. But, the convenience and the amenities come at a price. A very high price, in fact. Skyrocketing prices in Back Bay, Beacon Hill and other close-in neighborhoods, as well as chic new condos and apartments in neighborhoods like Roxbury and Fenway have attracted “well-heeled” suburban retirees to the city’s core. Single professionals and young families are sometimes priced out of the market, even in newly-abandoned suburbs.

The dilemma has no easy answers, according to city planners and local observers, but Boston has responded by allocating some funds, actually $39 million in May 2015, to affordable housing. Mayor Marty Walsh signed an Inclusionary Development Policy (IDP) in December 2015 that divides the city into three zones, with varying requirements in each, in an effort to promote affordable development by the private sector.

The scenario is not unfamiliar in other parts of the country, notably New York, San Francisco and Honolulu. A movement in San Francisco recently directed attention to the need for more housing units of all kinds, and more affordable housing in particular, in that city by the bay. The grass roots movement, sometimes known as YIMBY, for “Yes, In My Back Yard, is also spreading to other cities, including Seattle and Boulder, with growing populations and little building. Boston does not suffer from lack of development, however, and most analysts call it a healthy market, even though a common prediction is that the pace of growth will slow somewhat this year. Demand for housing is high; it’s the affordability issue that may prove a challenge.

As a downtown supplier of building materials for commercial and residential development projects, we work closely every day with architects, builders, developers, planners and home owners. We are committed to high quality, low prices and good service. We’re proud to be building this city’s future, and we look forward to Boston’s new look.

We’re just having a little trouble getting used to calling the Hancock “200 Clarendon.”