5 Architectural Elements to Know When Remodeling a Boston Triple Decker 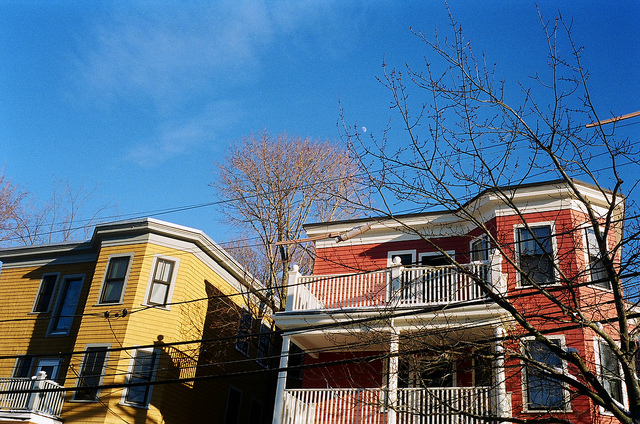 Newcomers to Boston are often surprised by the local love affair with our iconic “Triple Deckers.” They represent not only a practical housing style, but are also a part of Boston history that city officials and developers have worked hard to preserve and protect.

Triple Deckers were introduced to house immigrants who arrived during the industrial revolution. Consisting essentially of three identical floor plans stacked atop one another, the individual apartments were distinctive in design, private and affordable. They provided maximum living space on minimum land area, created cohesive if densely-populated communities, and offered large family groups a way to be close, but separate. Later, the three-deckers allowed middle income families to buy a home and gain additional income by renting out one or two floors, often to related family groups.

It is estimated that approximately 15,000 three-deckers were built in Boston between 1880 and 1930, a third of them in Dorchester. Other “hotspots” for the housing style included Worcester, New Bedford and many other Massachusetts communities, Providence, R.I., and several other New England towns. During the recent housing crisis, unfortunately, many were foreclosed, vandalized or razed. Many still exist, but their future is uncertain.

While the Triple Deckers in many communities have fallen on hard times in recent decades, Boston has led the fight to renovate and maintain its existing stock, saying that they could not be reproduced under current zoning laws. They offer the kind of affordable housing that is in short supply in Beantown and, because of the design, they are perfect candidates for conversion to condominiums.

They are also viewed as suitable for energy-efficient renovation, including solar roof panels, and have been cited as great options for “Next Gen” homes.

5 Characteristics of a Triple Decker

Although there might be some that don’t totally fit the mold, you’ll know you’re looking at a Boston Triple Decker if:

There can be roof line variations, and some have gables or cornices that may have been the result of renovations over the years. Most present the narrow side toward the street, but a few are oriented the long way; a few have producing bays rather than open porches.

It’s the flat roof and simple geometric lines that give these homes the great potential for added insulation and energy-efficient renovation.

Wood prevailed as a building material in early New England, and it is the wood construction that makes the Boston triple decker unique among urban row houses, as well as the fact that they are separated from their neighbors.

Unique Expressions of Time and Place

The single floor entry leads not only to the main floor living area, but also to an interior staircase that allows access to upper-level apartments. Exterior symmetry is maintained through placement of “front doors” that lead to the porches on upper levels.

While most of the three-decker homes were built for low-to-middle income families, some in Cambridge were designed and constructed with less uniformity, including examples with Queen Anne and Victorian exteriors. Today, they have been renovated with upscale features and redesigned floor plans.

Triple Deckers may feature period stained glass, rear porches in addition to those commonly on the street side, bay windows, and desirable interior features such as built-in china cabinets and hardwood floors.

The city of Boston offers assistance for renovation and repairs on qualifying homes. If you own one or are considering buying a Triple Decker, it is an opportunity worth exploring.

When you need building materials or advice to get started on your renovation of a Triple Decker — or any other construction project — be sure to visit us at New England Building Supply in the heart of downtown Boston.