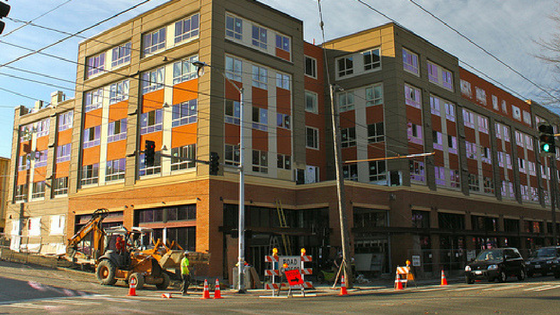 Developers in Boston are very familiar with the concept of urban infill. After all, the neighborhoods in and around the city are already in place, so now it is a matter of filling in the empty or disused spaces in these areas. One way to go about urban infill is to tackle housing projects, but more and more housing units are being completed all the time, so developers that really want to maximize profits are starting to turn towards mixed use development.

And it isn’t just developers that want mixed use development projects. Residents, along with prospective buyers and renters want it, too. To put it simply, in some areas, there simply aren’t many of the basic amenities that make life easy, such as nearby supermarkets, restaurants, health services and more.

To that end, mixed use development is a boon for everyone — developers and residents alike. However, there are a few challenges that you might face should you decide to tackle these projects. Let’s take a look at three of the biggest challenges, and how you can overcome them.

1. The Project Approval Process May Not Be Easy

One of the biggest challenges that any developer faces is getting a project approved. Fortunately, the Boston Redevelopment Authority has gone through quite a lot of reform over the past year with the goal of streamlining the organization so that developers can proceed through the approval pipeline more quickly and easily.
To make the approvals process even easier, there are a couple of things that developers can do. First, check with the BRA to see which neighborhoods they are focusing on, and what vision they have for those neighborhoods. This allows you to propose development projects that are in high demand. Second, be sure to familiarize yourself with the BRA’s Development Review Guidelines, which you can see here, so that you know what to expect.

2. What if You Want to Build Both Housing and Retail Space?

In areas with more open space, mixed use development often means using available empty lots for commercial buildings. In Boston, however, there is a shortage on space, but still a large demand for both residential buildings and commercial spaces, which means developers are getting creative.

In order to get the best of both the residential and commercial worlds, developers are creating buildings that use the ground floor space and lower stories as retail space, while upper stories are devoted to housing units. One great example of this is the Van Ness in the Fenway Triangle. In this building, the ground floor features retail space, while the second through fourth floors have a Target. The remaining upper floors are devoted to housing, with an urban gardening space separating the two housing towers.

3. Choose Professionals That Know How to Build in Boston

Urban infill is tough, particularly in cities that are tightly packed. You can’t exactly close down streets for months on end to make way for building equipment, nor will you have a place to store building materials on-site. In other words, you’ll need to find builders and suppliers that can work around your project’s needs, not the other way around.

To see an example of what we mean, check out this case study on the 488 Dot Project. In order to save space on the ground, boom trucks were used to lift materials up into the tower. Supply deliveries were scheduled so that they arrived when they were needed, which eliminated any potential storage issues while ensuring that the builders weren’t delayed.

Developers are well aware that urban infill projects, particularly mixed use development projects, can be complicated affairs. However, by overcoming these three challenges, you can ensure that your project proceeds smoothly.